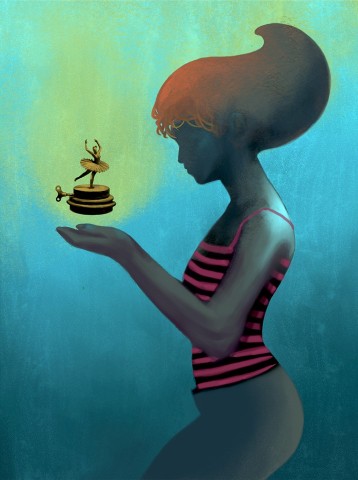 Ask me to define what passion for music is to me, I would probably answer with the picture here above: a suspended, magic and sybilline state of mind, where I feel and experience the inner and outer of life.

Back in 2013 I started an adventurous trip into my mind, at the origin of one of my deepest, fondest, sometimes darkest passion: music.

I tried to explain in here https://valanzo.com/2013/01/17/le-petit-madeleine-music/ what was the origin of this topic, and I have been treated its posts each time like singular essays: to talk about a song ‘hic et nunc‘, meaning correlated to a specific memory of mine. I don’t seek for drama, but I would say that many times music was the one thing keeping alive or sober from nasty feelings and events. Therefore I wanted to celebrate the good, or most impressive, episodes that were strongly connected to songs. Be kind, public displays of feelings are not easy to compose in words.

So… Revisiting the topics so far you can find:

– Probably the best memory of a lost Love, in a surprising exceptional episode: A Fist of Yellow.

–  Music and Football, get in there The Starlight in the Morning!

– Ouch, I got old, consequentially pretty sentimental about my life back in the Village: Anniversary with Mr. Memories.

– About the origin of my soft spot for a Brit Accent: Maybe kinda obsession.

– How music and cinema melted in a new Friendship: Arrivederci amore, ciao.

– An ode to my oldest friend, growing up and becoming a man: An Adult in the Basement.

– The longest time I spent on a Plane, gee: About Pompeii and Flight Delay.

– A new continent, me among Strangers, a music and photo collection: Strangers.

– I spend lots of time at Airports, and this song tells me when it’s time to fly: Airport Lounge.

– A drama turned into comedy in an empty cinema, thanks to Brokeback Mountains

– Get ready to be in awe by a concert, Dolomites and an epic sunrise with A concert in heaven