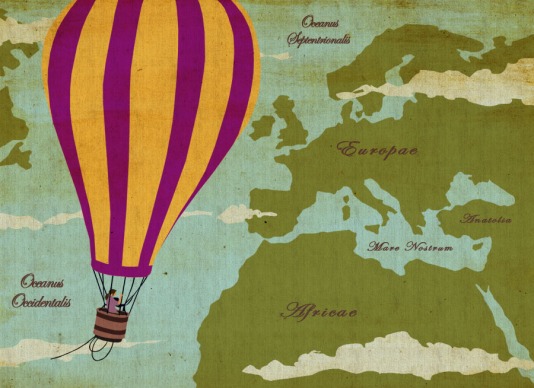 With this splendid personalised illustration Viaggiare (that means travelling in Italian) created by the talented young professional and friend Marco Bellotto (pop over to his page to see other works!!!) I am going to summarise my blog experience about 2012.

As you can read from my “About” introduction, my goal was to travel, take pictures, experience, breathe and write about it. I was a bit frustrated back then, willing to express myself but not able to do it at work, where I used to spent most of my days. Maybe it was because of my huge imagination and an enough-under-control hyperactive attitude, as you can read here. Nothing better than push my creativity further with this blog. It was really the best thing to do.

What came out of it, was a calendar diary of my travelling around Europe, one every month.

What I learn from “Travelling 2012” is that there are infinite ways to travel and that this world never stops to amaze, even when you go to the same place several times: it’s all a matter of eye. And of good dispositions.

So in January I visited a frozen Hamburg for a kinda let’s call it romantic purpose https://valanzo.com/2012/07/13/january-hamburg/.

In February I visited my hometown, got in touch with old friends, had fun enough to start being melancholic but also remembered why I left… https://valanzo.com/2012/07/17/february-veneto/ .

March came along with the first signs that maybe Spring was coming also to Germany, so I took a one-day very improvised trip to Leipzig https://valanzo.com/2012/07/26/march-leipzig/!

In April I went to see how the infinite shades of green and blue can seal each others in an endless natural kiss: destination Oslo, Norway. https://valanzo.com/2012/07/29/april-oslo/.

It took me more than 20 years to be on board with something like that, but in May, cuddled by a warm Italian sun, I had a family holiday. Imagine one huge family on a lovely empty beach. And a lonely, pale Berliner bear who had the chance to spend some quality time with extraordinary people. https://valanzo.com/2012/08/04/may-bibione/.

First day of Summer: rock’n’roll baby. The diary of a troubled and musical 48 hours in Londontown is June‘s topic https://valanzo.com/2012/08/30/june-london/.

July and some massive changes arrived. Time to stay home and enjoy what was comforting for me or as Damon Albarn might sing “I feed the pigeons I sometimes feed the sparrows too. It gives me a sense of enormous well-being” (Parklife by Blur)  https://valanzo.com/2012/09/16/july-parklife/.

In August, with fists full of hopes, I moved to London, and I lived in the suburbs, Northbound. There, travelling became moving somewhere else, even if only temporarily.. https://valanzo.com/2012/10/01/august-north-london/.

September in the UK was a sweet sweet bliss. Bristol and its grafitti arts even more! https://valanzo.com/2012/10/08/september-bristol/.

In October it was time to go back to Mamma Germany, but not before living a bit in an English village. Cambridgeshire can be pretty charming I must admit https://valanzo.com/2012/10/22/october-cambridgeshire/.

In November I mixed up memories and celebration, back to the city where I attended university. Love comes first. https://valanzo.com/2012/11/23/november-padova/.

December was the end of the journey: some thoughts, some closures, many hopes. https://valanzo.com/2013/01/03/december-end-of-the-journey/.