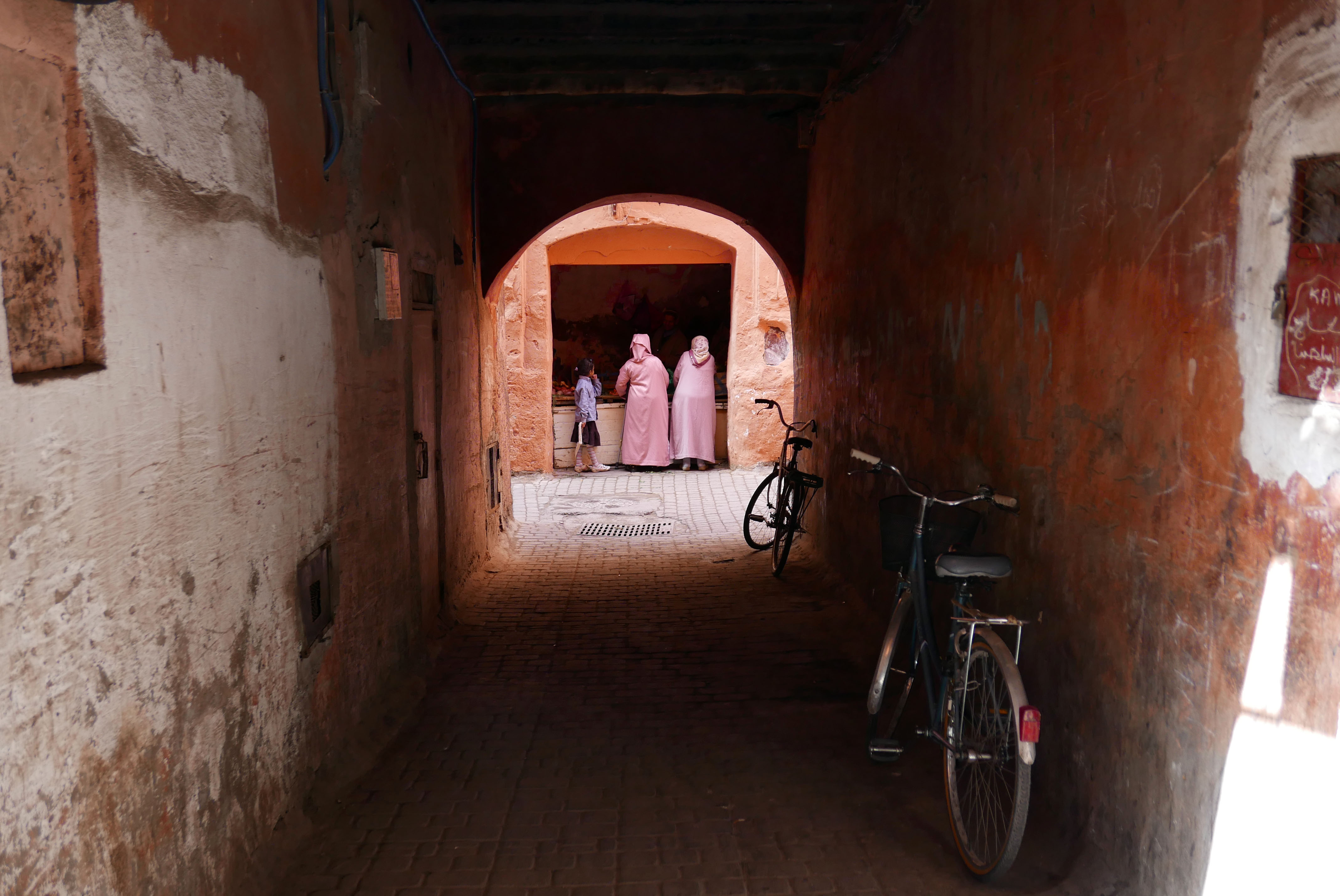 My first experience with Northern Africa was -frankly speaking – impactful to say the least. Marrakesh is a mess 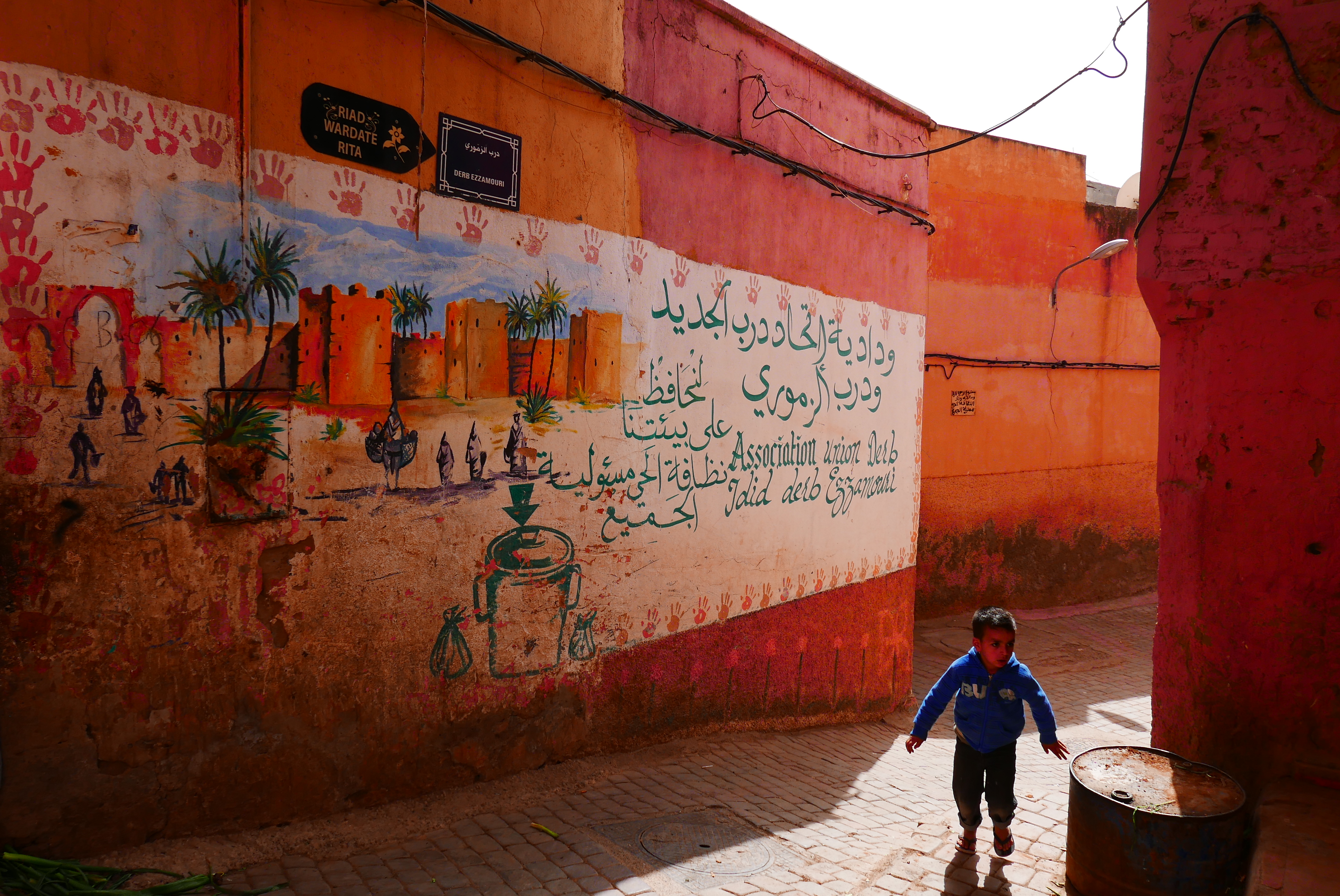 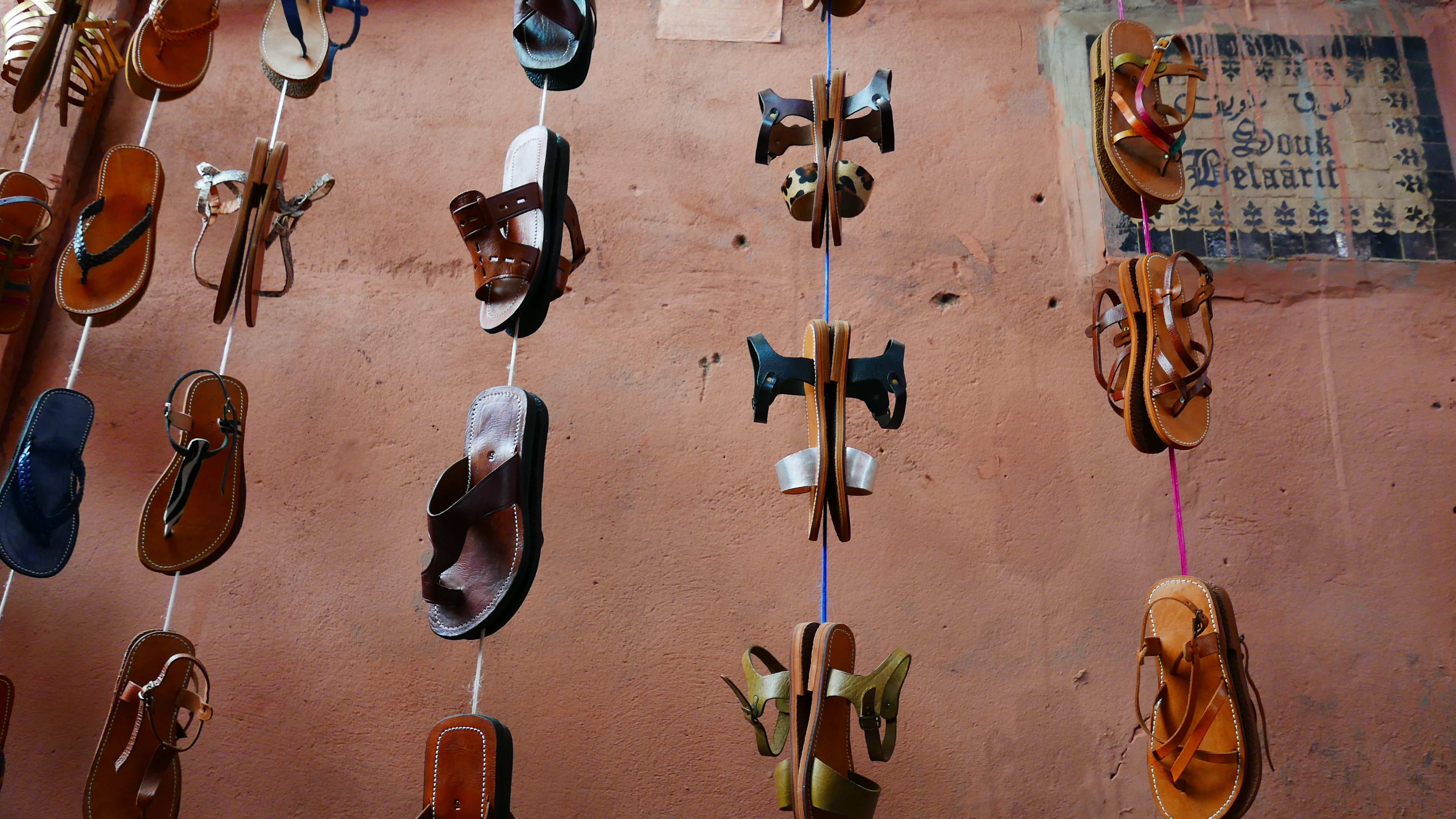 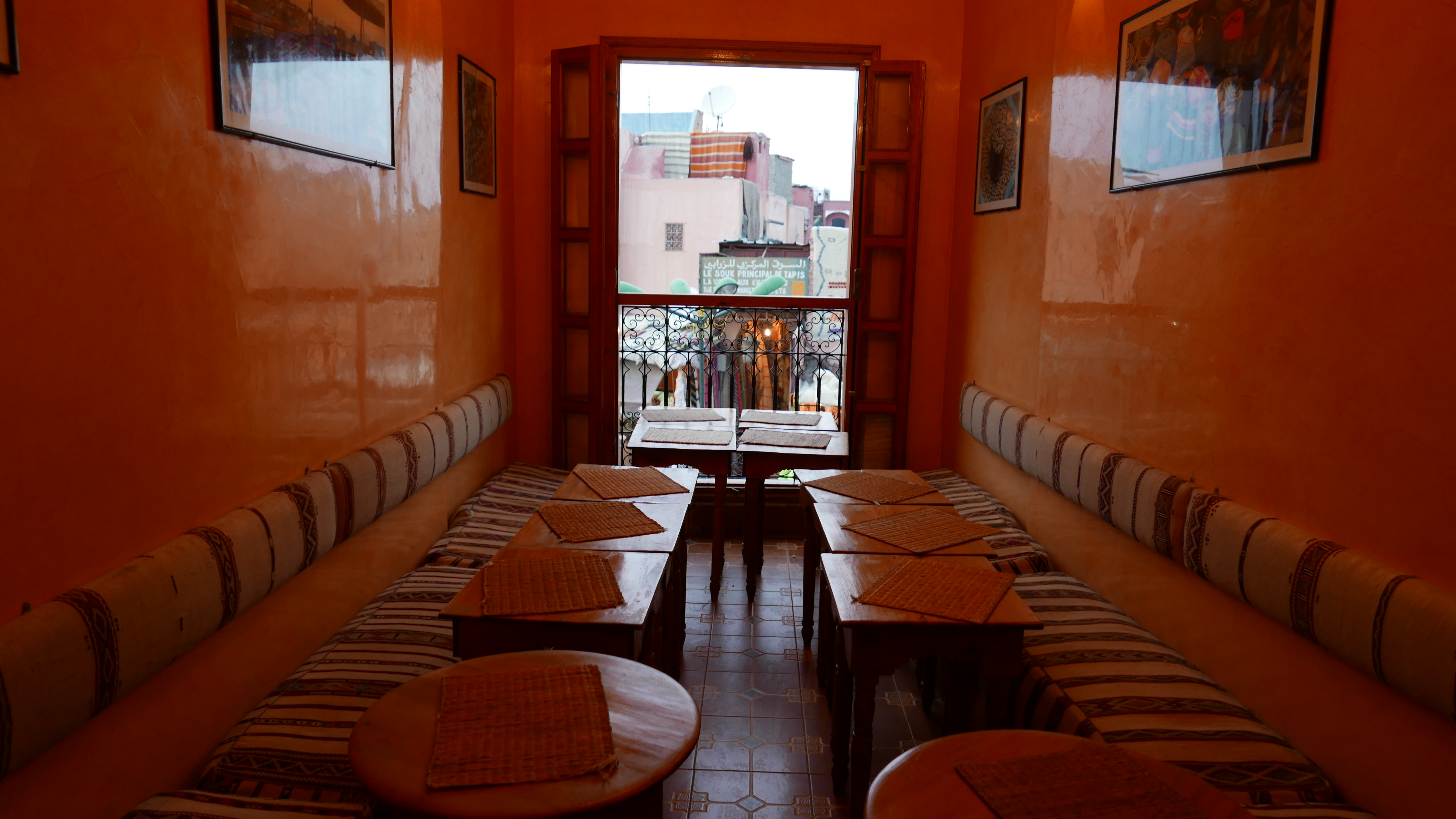 There is, at times, too much in too little time. But while I got lost in the crowd, I found myself back, in the astonishing beautiful Majorelle blue of its botanical garden. Flowers can really grow in the desert, with a bit of patience and a touch of magic.

3 days in Taipei, all by myself.

What happens naturally, when alone, is excitement. No schedules, no waiting, plenty of time for thinking and for photography. There is also, however, a small component of loneliness and a bit of fear, especially at night. Maybe a pre-concept of my parents’ predicaments when I was a child, maybe a bit of melancholy thinking that I could have brought someone with me. I guess these thoughts are part of what travelling solo for a woman means. So I embraced it.

I took lots of pictures. I shared my loneliness with fellow lonely commuters in the MRT, fantasising if they were feeling a bit like me. Just going on.

Under secular trees, I explored empty streets. Just going on. 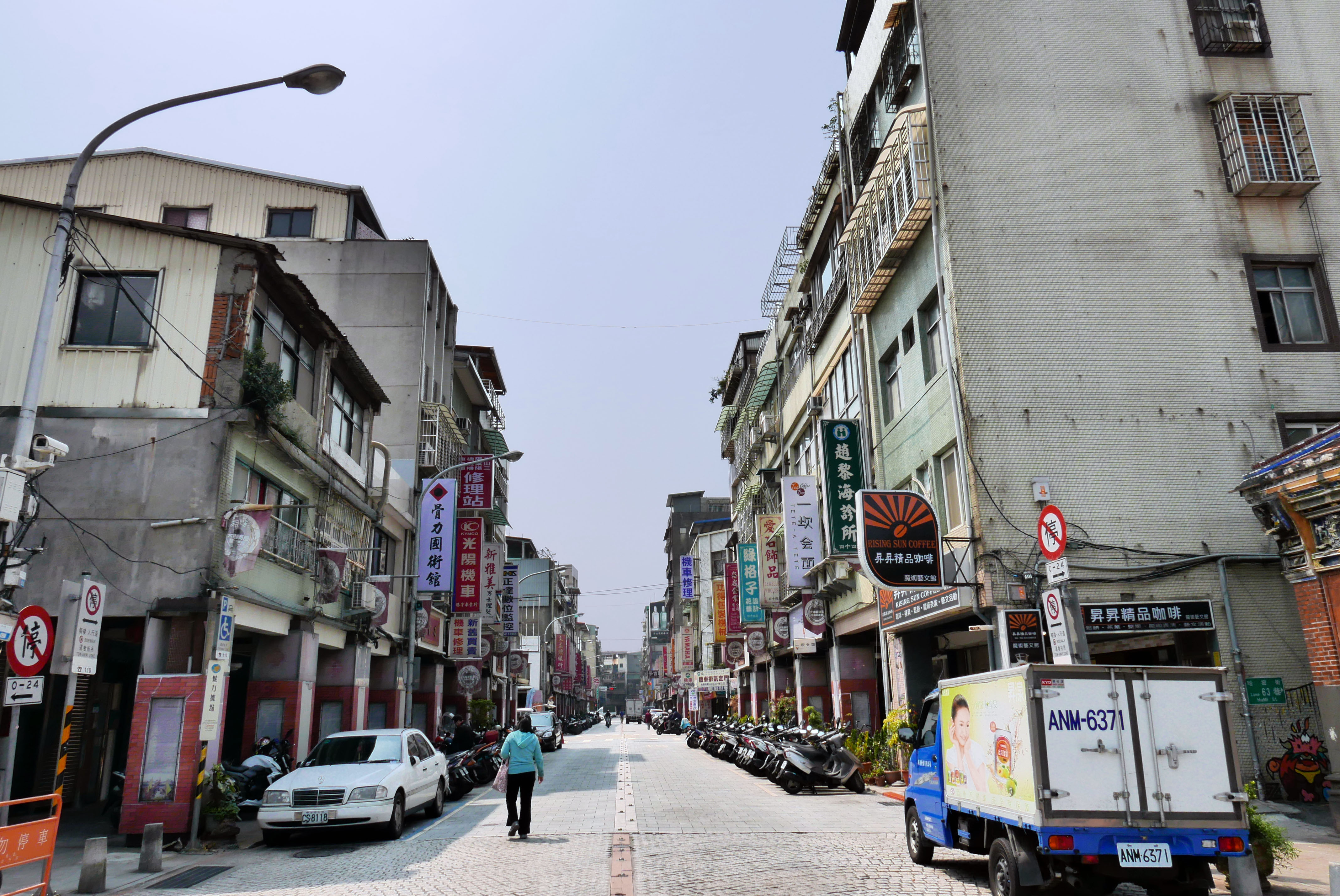 I took photos, loads of photos, and enjoyed the colours and images of advertisements in the shops. Just going on.

I spend an entire day without phone and camera, only a paper map as a friend. I got lost more times I’ll ever admit. I had yummy food at food stalls, restaurants and street markets. I don’t usually take picture of my food, because I simply eat it. Not enough Millennial, I know.

I contemplate stuff, I contemplate not judging things I could not understand, like this dadaist mirror, for example: 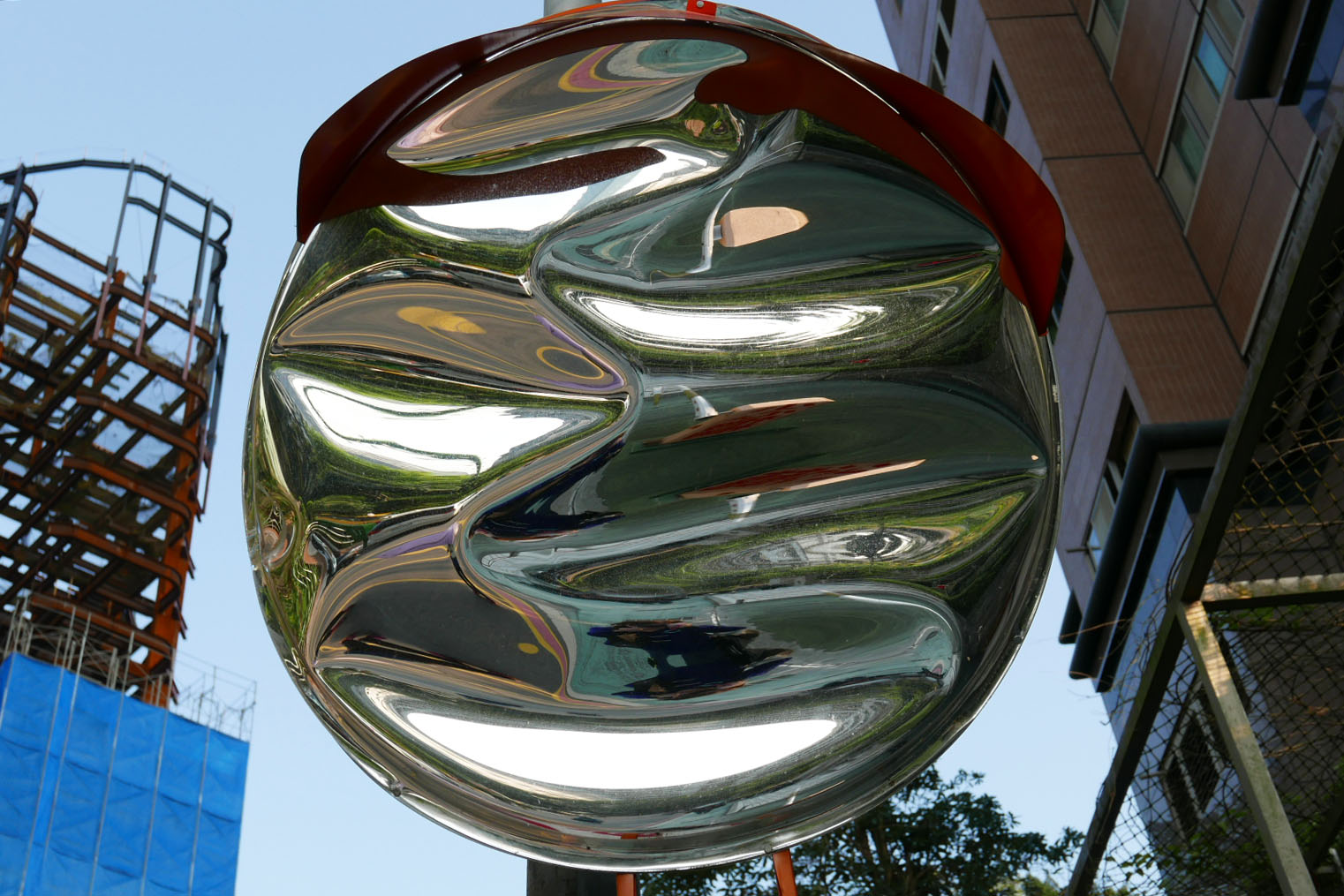 I saw incredible temples, then I spent Easter in a Chinese-Buddhist temple with hundreds of people leaving useless non-spiritual stuff as offers. Again, I pushed myself to check only the aesthetics of it, leaving comments behind, because “You know nothing, Jon Snow” can be applied to every tourist. Just going on. 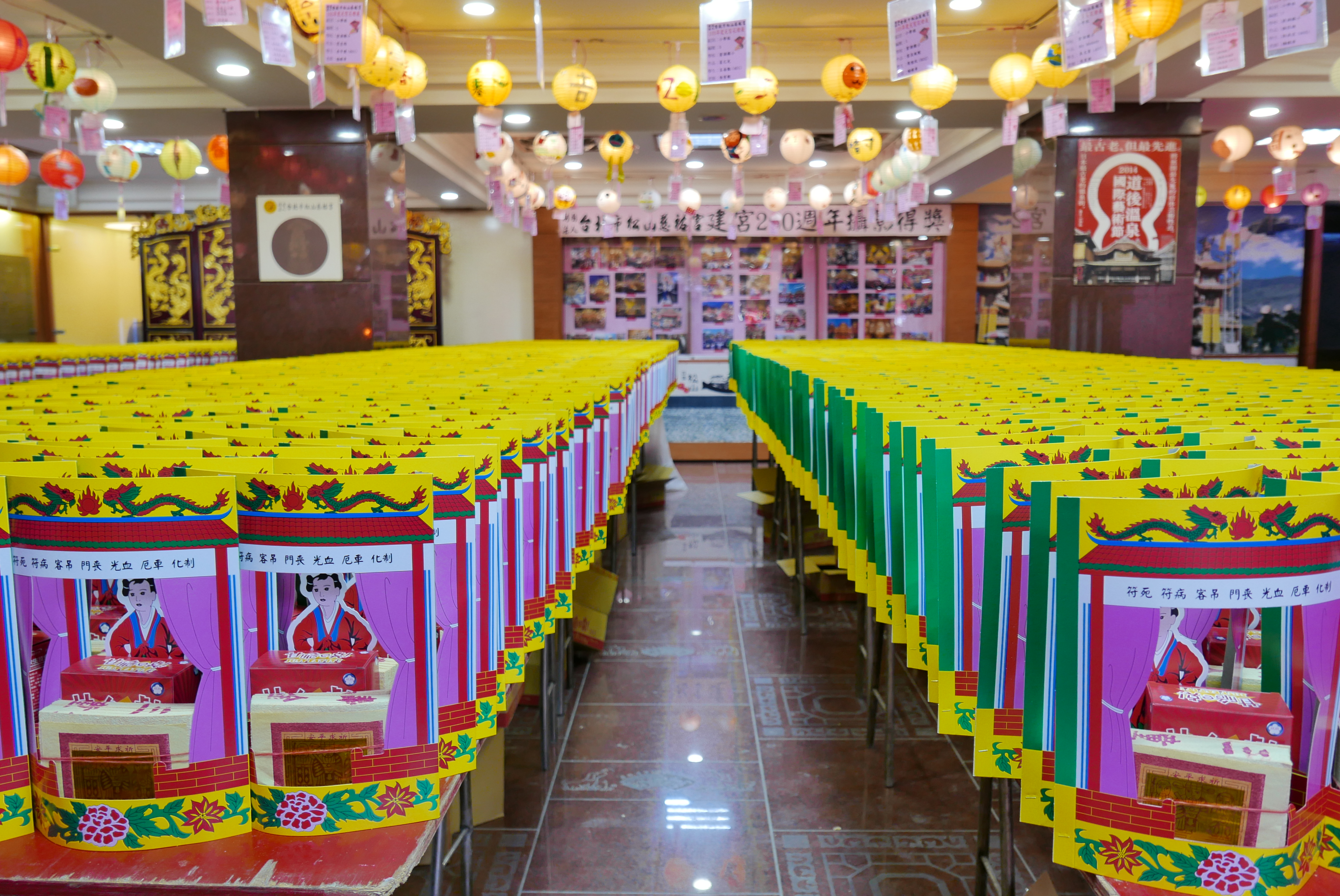 I fairly enjoyed the shopping, the music in the street, happy faces of youngsters walking the lanes. Just going on.

I kept going on, street after street, station after station. I explored, witnessed and silently reacted to everything.

It was fairly cold when I landed in Taipei, one night in March 2016.

From the bus window, only darkness and dim lights from apartments and lamp posts. What that gloomy night was hiding me was the perfect green colours all over the city, on hills, parks and gardens.

A luxury to wake up the next morning to, buzzin’ to explore everything.

Parklife has always been a beloved topic of mine, and I apologise for creating boredom with yet another blog post about Val visiting a park but really… what’s best than nature? Humans can try to excel with art/creativity/design/architecture and then just stop reflecting under the shadow of a tree, a friendly refuge for every soul.

When I visited Singapore’s Gardens I was struck by how that tropical composition was an essential part of the city. Taipei’s gardens were more part of daily life of its citizens. I saw people resting, praying, exercising, living. The only difference from a normal park in Europe is the hills, that firmly hug the metropolis and provide challenging walks and breath-taking views. Something quite magical, if I may add. 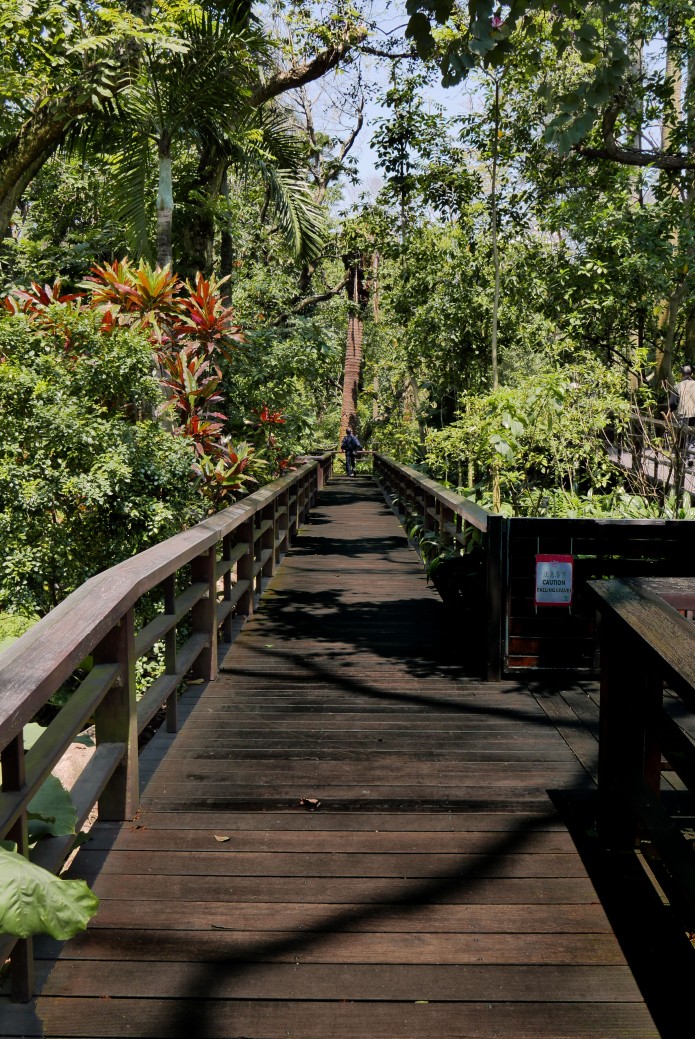 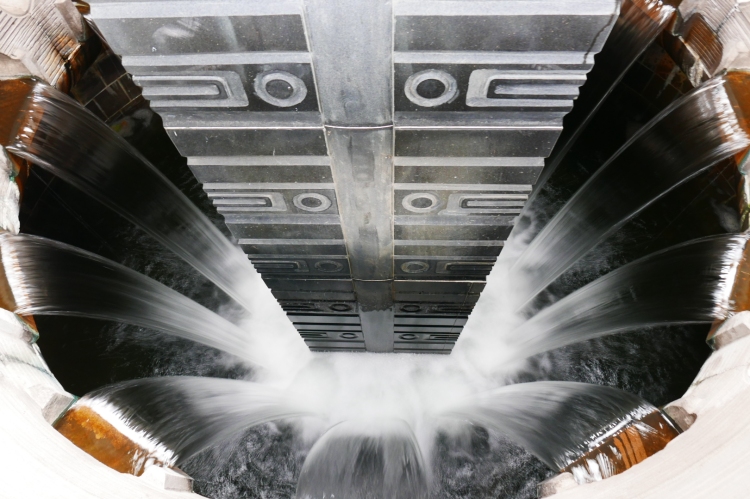 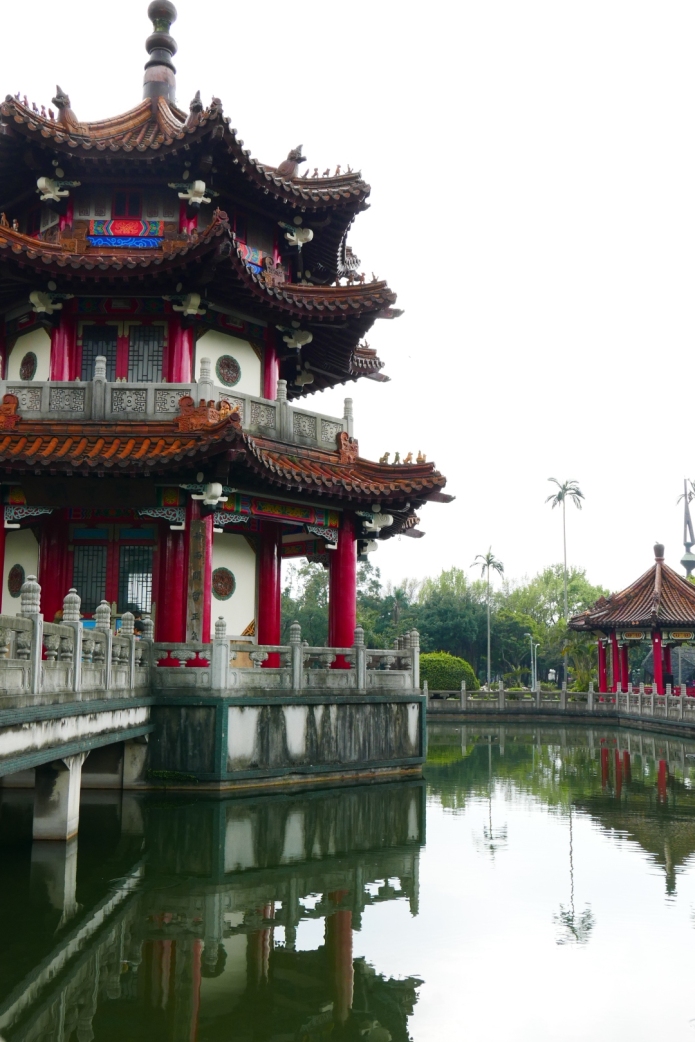 As I self-describe myself, I’m a Nordic creature. I am very used, and much in love, with the peace given by following the rules, getting all tucked up in layers, and being surrounded by green and blu sceneries, especially if gifted, from time to time, by white snowflakes.

I know, I sound like a broken record and every time I travel south I start blabbering about it, but desert somehow makes me uncomfortable. I have, anyhow, found the perfect balance when I travel during autumn and winter time to southern locations, such as I did with Palermo.

It turned out to be a delightful weekend, marked in my memories to come “The Palermo Affair”.

So much to tell. First, people are vocal, loud and generally happier than the people I met in northern Italy. How come, since the city is, in fact, a tropical mess? The walks ups and downs the city center made me believe that it’s a mix of factors, such as the sun – less aggressive this time of the year – and the food that make the difference.

Hey, it’s for sure not roses and unicorns, lots of houses and streets are just broken and decadent, you can tell the majority doesn’t live a pretty rich life, and some parts leaves you with a sense of unsafeness, but for some aspects, it looked a nice place to spend holiday, maybe also to live for a bit.

Second thing, the landing was in one of the most impressive set ever, between a mountain and the sea. So peculiar, so lovely.

Another thing I noticed was the unusually high number of shops for male clothing, that you can combine with the fact that men are quite attentive – and again vocal -to women, you get the idea that Sicily is still pretty much a male-based community… I can hear Trump cheering.

On the bad note, I spoke with some of them, especially at the restaurants where I had incredibly-good-but-overpriced fresh fish, and they all told me I do not look Italian. So they were applying the price for foreigners.

Anyhow, I spent two days roaming around the streets, visiting the x wonderful baroque churches, visiting the street markets, eating yummy fish and soaking up under the sun at the harbour. It was a positive getaway weekend, indeed.

Remember me to go more often to a seaside city. The sea is food for soul. 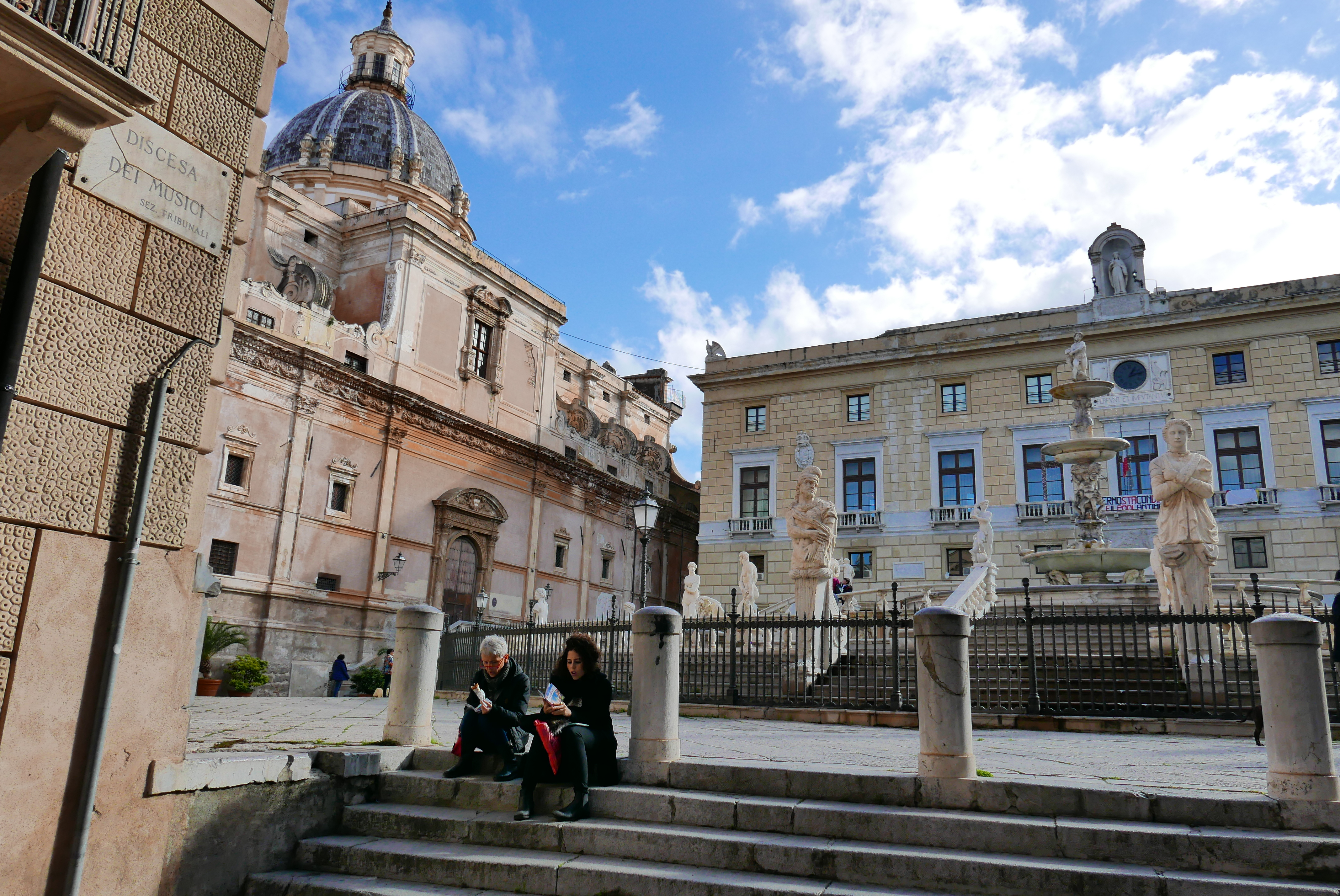 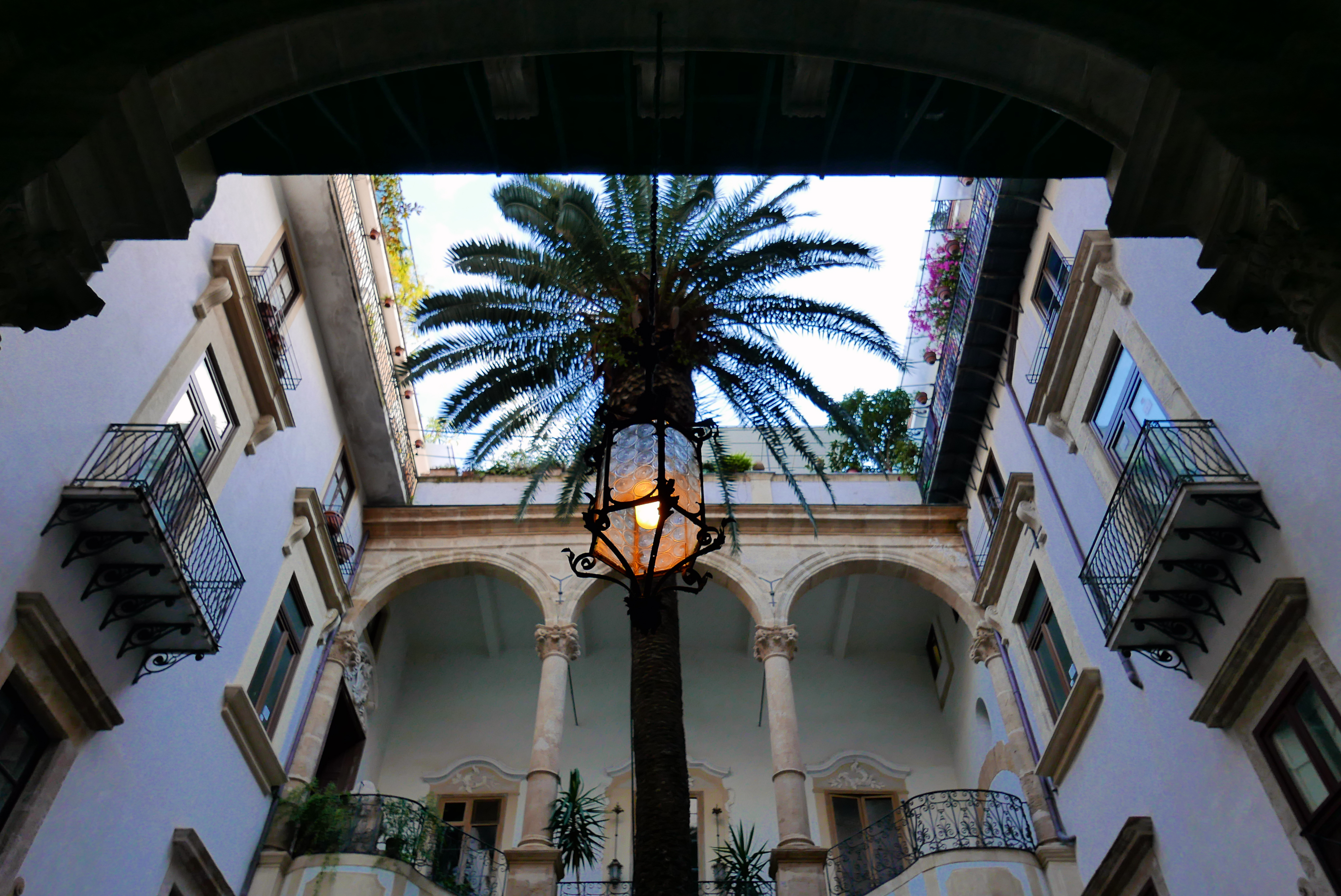 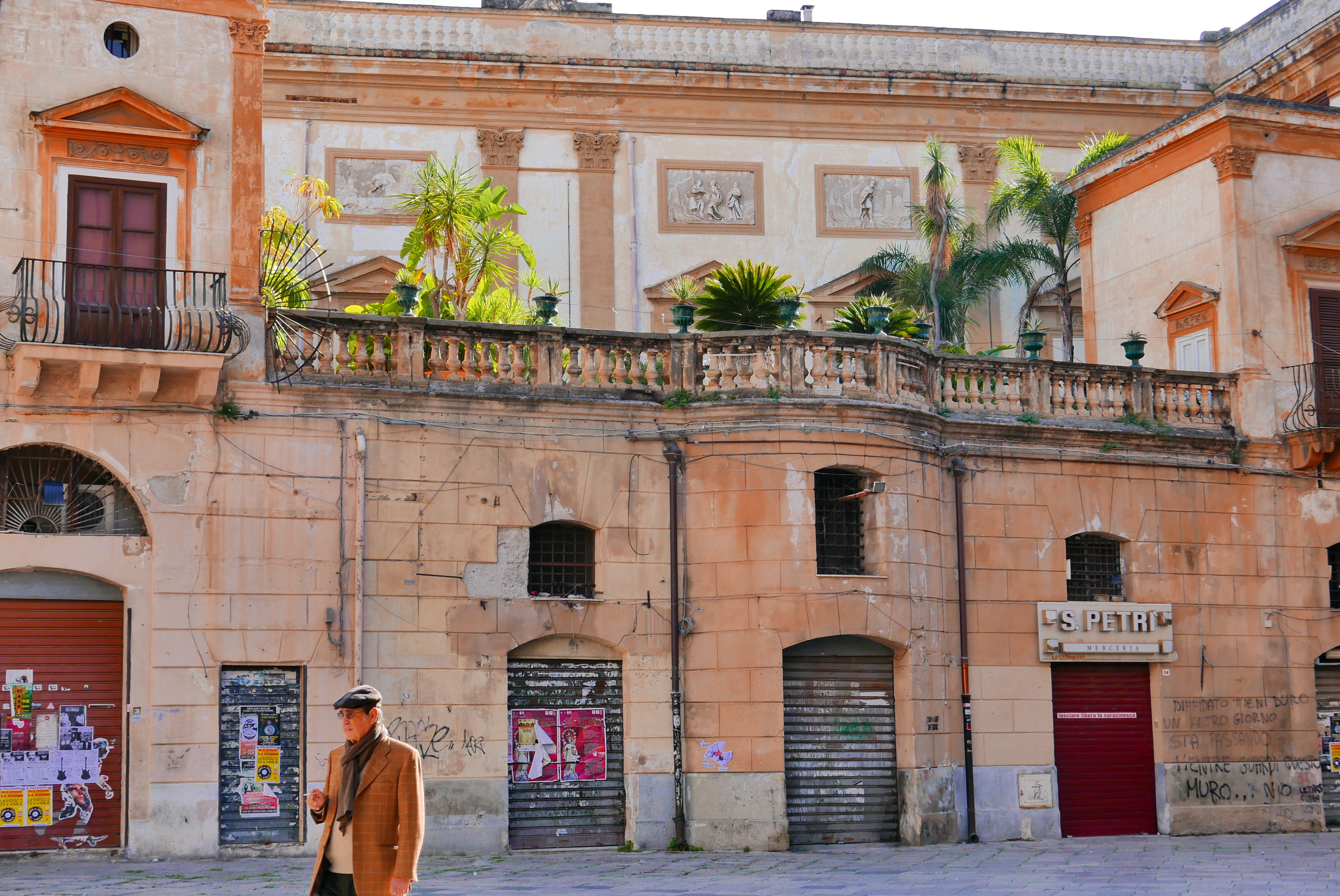 I really wanted to vent about Bruxelles, city I didn’t like and could not wait to leave, but in the end I found out I had few nice shots of the capital.

So here’s a selection of the snaps taken by my trusted LX100, dedicated to Fabio. 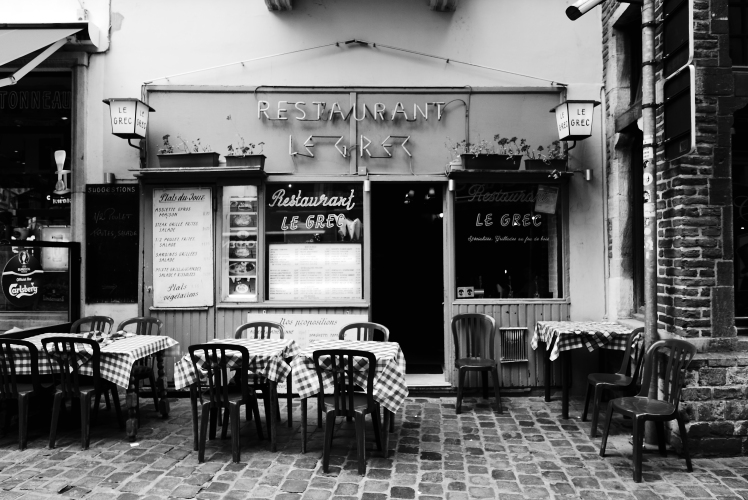 I was reading a novel on the plane, there was a love story involved. I knew it would have ended well, so I was keeping reading it to soak in the energy, and get the best of the trip, planned during – I would dare to say – the most uncertain time of my life, my trip to Belgium.

Bruges when the sun decides to come out

Talking about uncertainty, the Belgium weather was the worst frenemy ever. It was like that adorable friend of yours who is also a total jerk. The result is a constant change of light, fear of water getting into my precious camera and a never-ending struggle adjusting the lens for pictures. Yet, there is an adorable part, and it’s called Ghent.

Bruges is a gem, but Ghent is the real deal. Especially at night, the all those beautiful white and brick houses reflects on the canals. So dreamy.

So, in the end, what matters if it rained all day? Those 30 minutes of sun and the evenings were just perfect. A perfect travel love story. 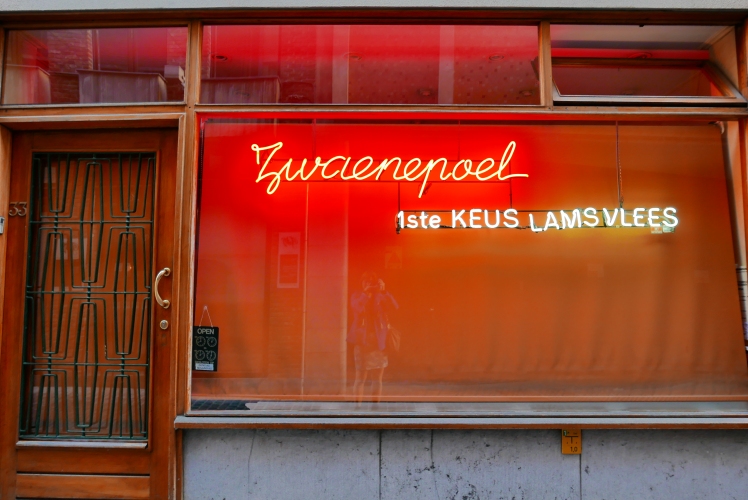 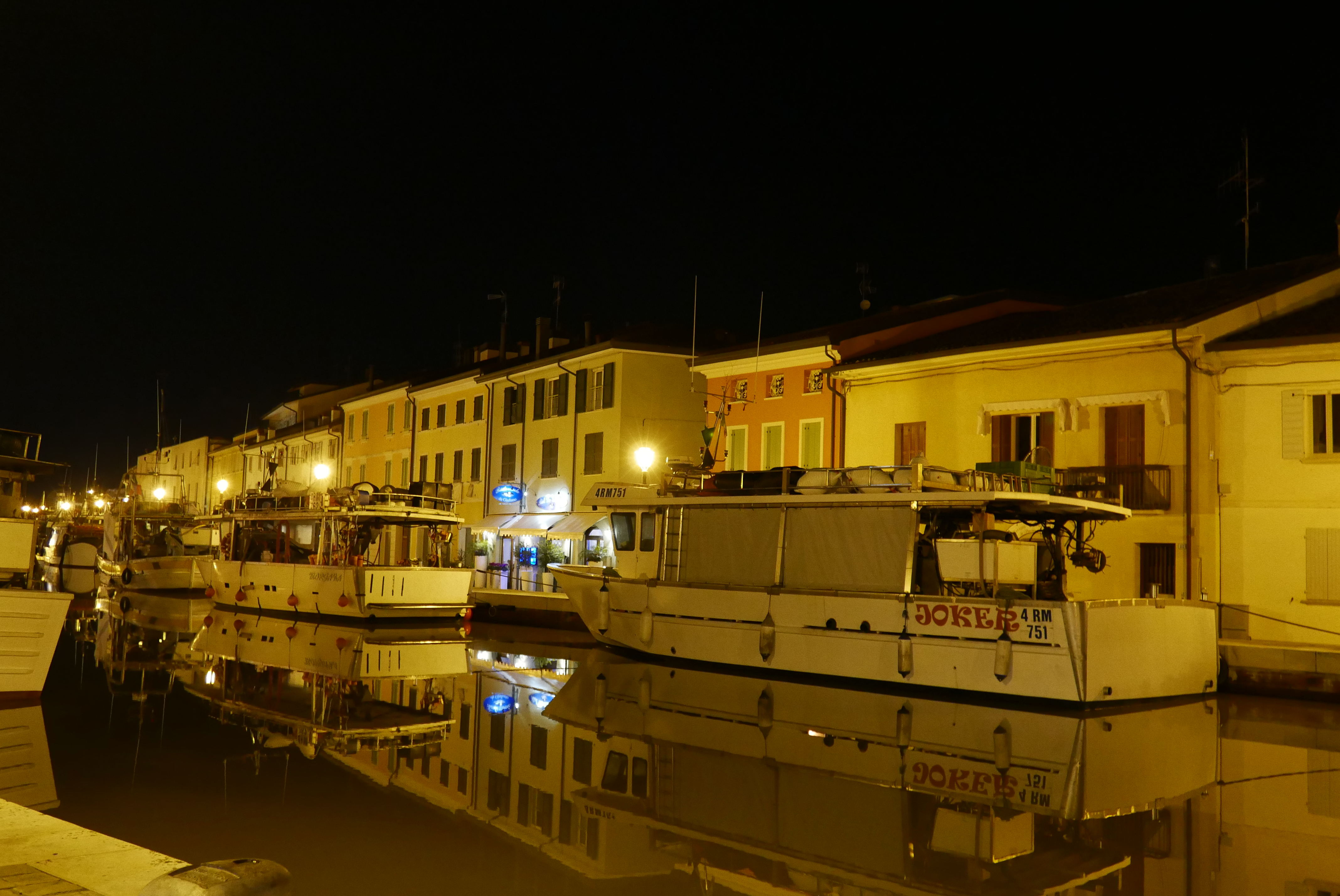 Too cool for school

This is how the cool mountain kids have fun.

Once per year in my beloved Trentino town there is a great event, where families from the valley parade along with their animals.

This to celebrate the cows descending from the alpin huts for Autumn. An event that marks the end of Summer, moreover a parade to celebrate all the people involved working with those amazing, generous animals. I felt like a happy kid again. 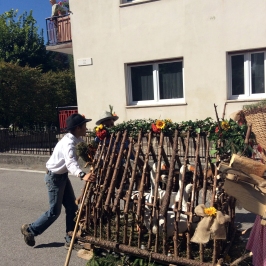 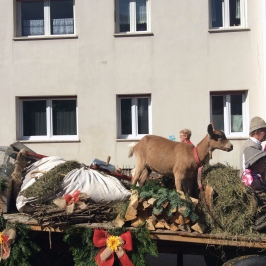 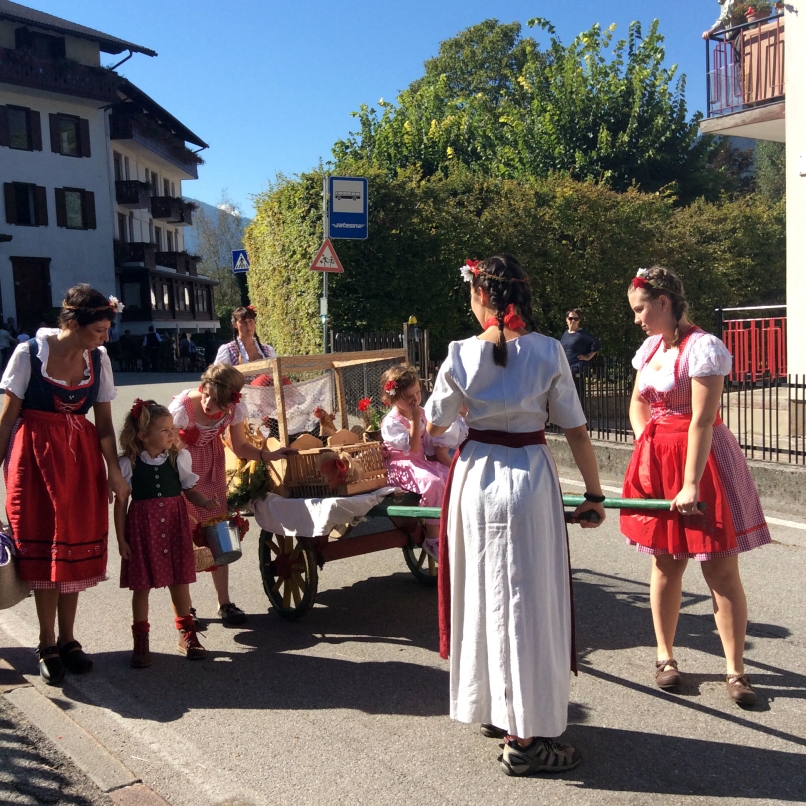 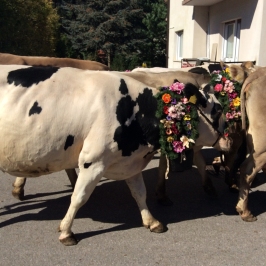 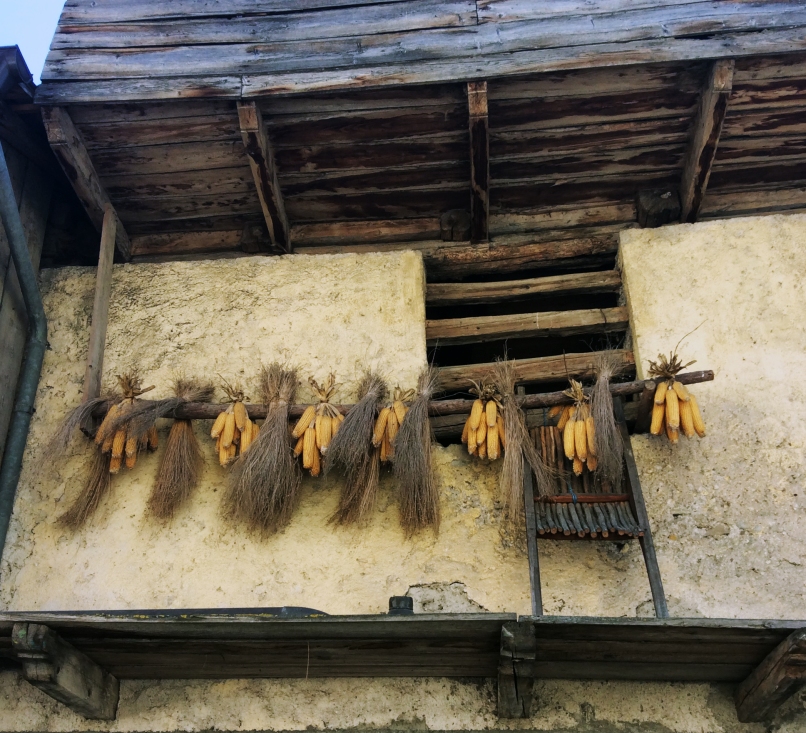 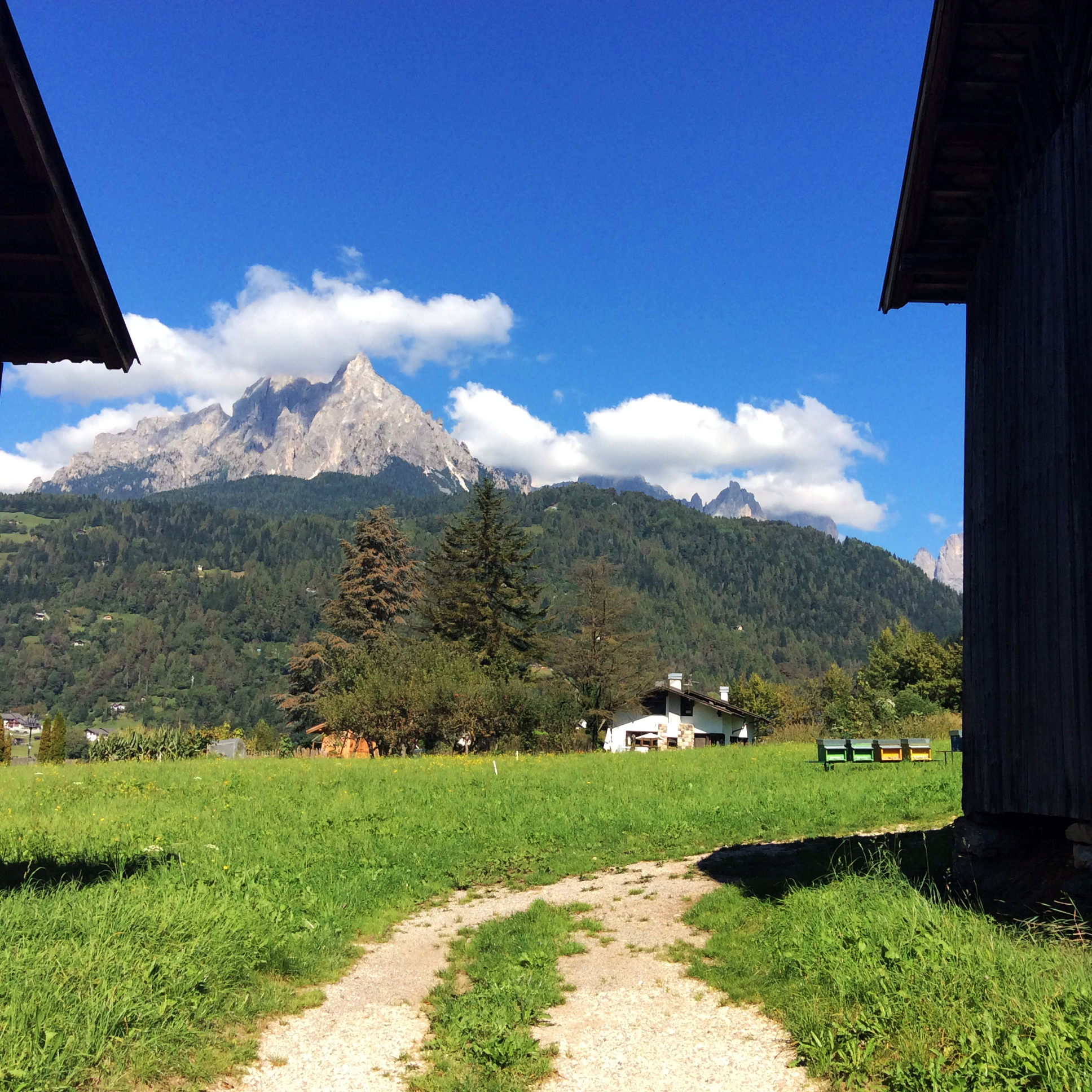 To me, it takes time to start writing. The first sentence, almost more than the title, sets the tone and rhythm. The second one untangles the mood, adds a punch in the story, and generally mediates the feelings I want to pass through words. So before starting this blog post, I surgically tried to gather the elements, and come up as rational, poignant and catchy as ever. Sometimes, that takes days. Call it laborious, I simply call it ‘exercise of style’. Words and pictures, these are the places where you find me hiding.

Well, this summer was different, and I wanted to find the perfect format to tell about it.

It started at the point of rupture of my -already precarious, yet promising- stability. I remembered I had already a moment or two of my life similar to that, where it really made the difference to act fast. Pretty much like setting the tone when starting to write. So I acted, I picked a plan, built things. And repeated. And you do it over and over and over again, until it looks normal, almost natural. And when I say I built things, I literally mean that: I created a guest room from an empty room.There, I was on my way back to where I started: doing things, opening up, getting back to the moment when I was fully involved in the thought “sharing is caring”. It generally makes no difference if you leave or you stay, but in the process to decide which one to take, I thought that sharing my misery-turned-plan was enriching. So I reached out to people, and offered my flat to everyone who wanted to visit Berlin. My beautiful home and my pretty guest room. My only request was to come with and elegant change of clothing for an elegant picture.

I can finally summarise the experience: I loved it. And I can’t wait to have another similar plan. And a sofa to take picture on. More to come, my friends, more to come. 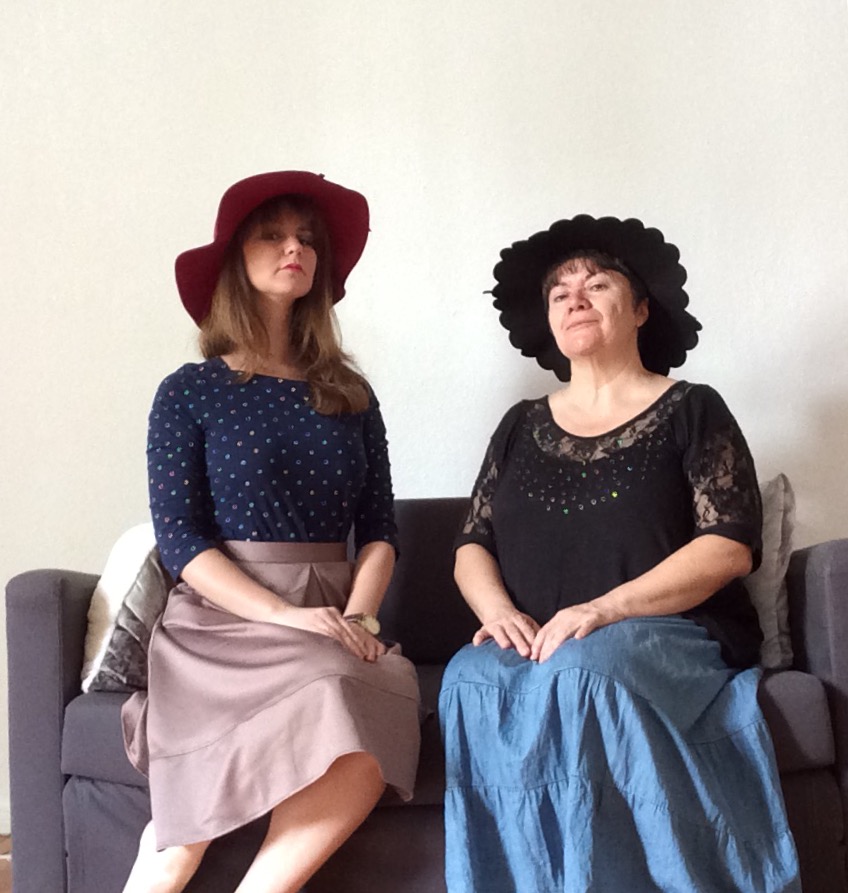 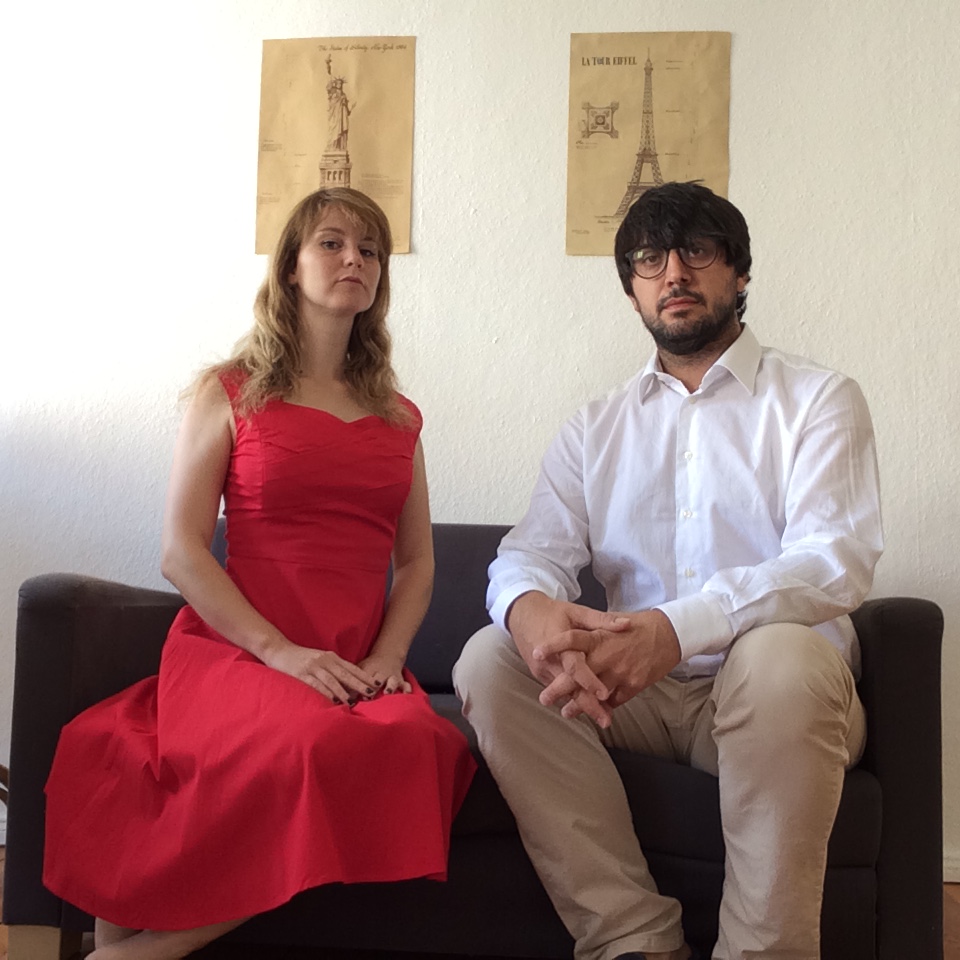 P.S. I was supposed to edit a bit the pictures but then they were already so cute and I have #zerotime so #zerosbatti guys

Back in June I wrote an essay about my first 6 months spent in glory 2016. I wrote about my journeys, physical and emotional ones, from winter to early summer, and this summer -let me tell you- has been quite a ride too, that I’ll write down soon (very soon, promise).

One of the best moments was when I rented a car and drove with two old friends somewhere in Germany, at the border with Poland, to see a bridge. Now, it may sounds strange that three individuals go to see a bridge, none of them super particularly interested -nor expert- in architecture. But believe me, this daily trip to a random town was special. That small town has a park, in it there’s one of the weirdest bridges ever built.

Its German name is Rakotzbrücke.

What makes people want to go there is its reflection, more than its construction. The bridge can create a perfect circle when it is reflected in the waters beneath it, and believe me, it’s magic to look at. Yes, it’s an illusion, I am aware of it, but having to walk around made me appreciate the moment so much, and it wasn’t an illusion, it was a connection.

Was it the Devil’s outcome, then? 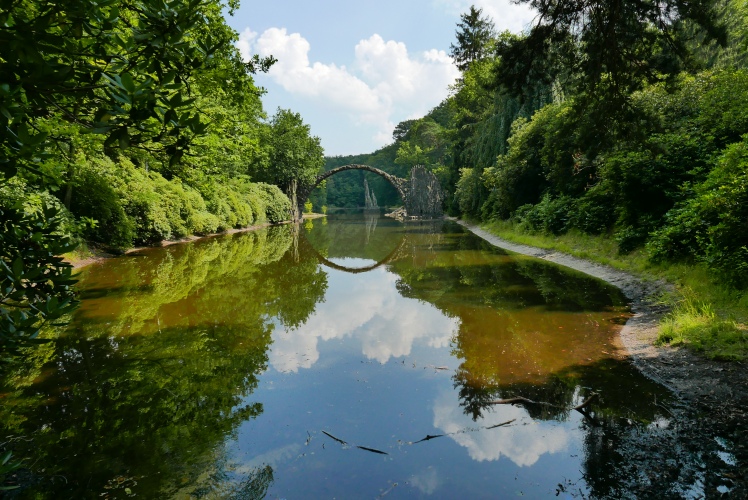 Everybody is wondering and wandering in life. Us three wandered around the park, and wondered. I kinda feel like we all three walked that bridge, somehow. Three completely different stories, yet all poignant. Being there together was such an unique moment to share, and I humbly felt happy to rekindle our friendship with that road trip. Devil’s trick, for sure. 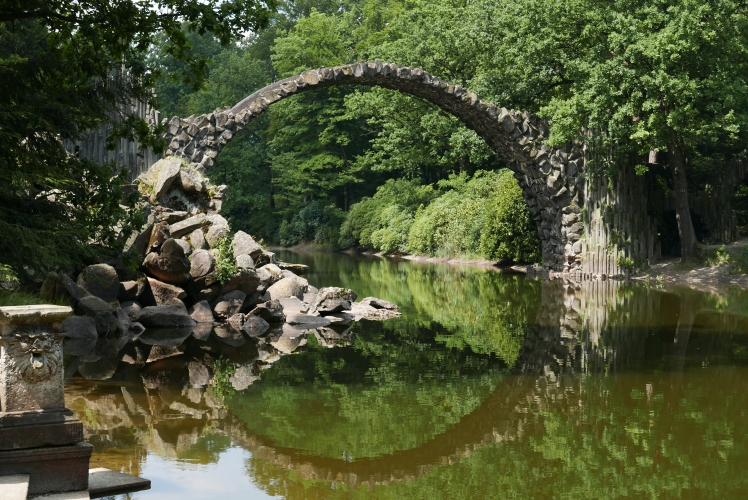 Of course, that bridge was too yummy to not filter it 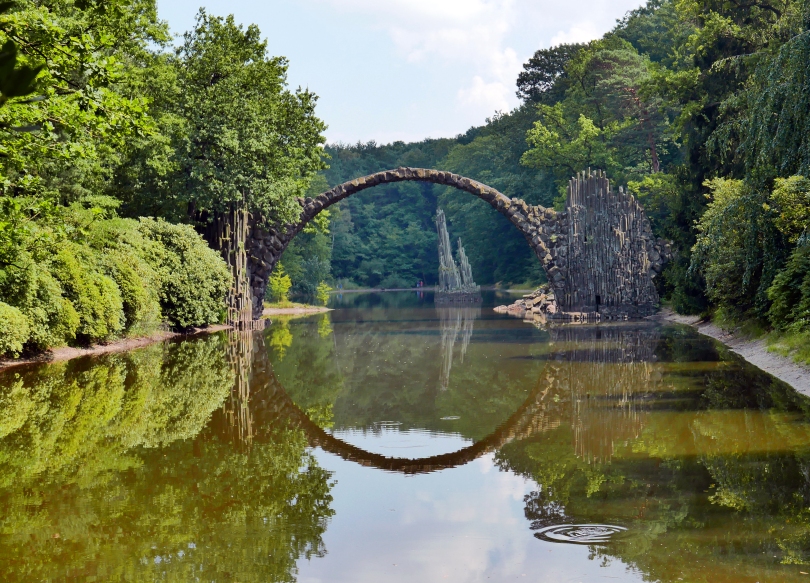 And by the way… “OH MY GOD this is my favourite song ever!” 🙂